Cook the Cover – The Most Dangerous Way to Fry an Egg

I’m going to call this month’s “Cook the Cover” a success!  Back in March, I (nervously) declared that I was going to cook the cover of the April issue of Bon Appetit magazine.  I have to say, I was relieved when I saw the egg dish on the cover.  The meal looked full of flavor, and the preparation was within my level of cooking skills. Plus, I had all the ingredients already on hand except for the radishes. 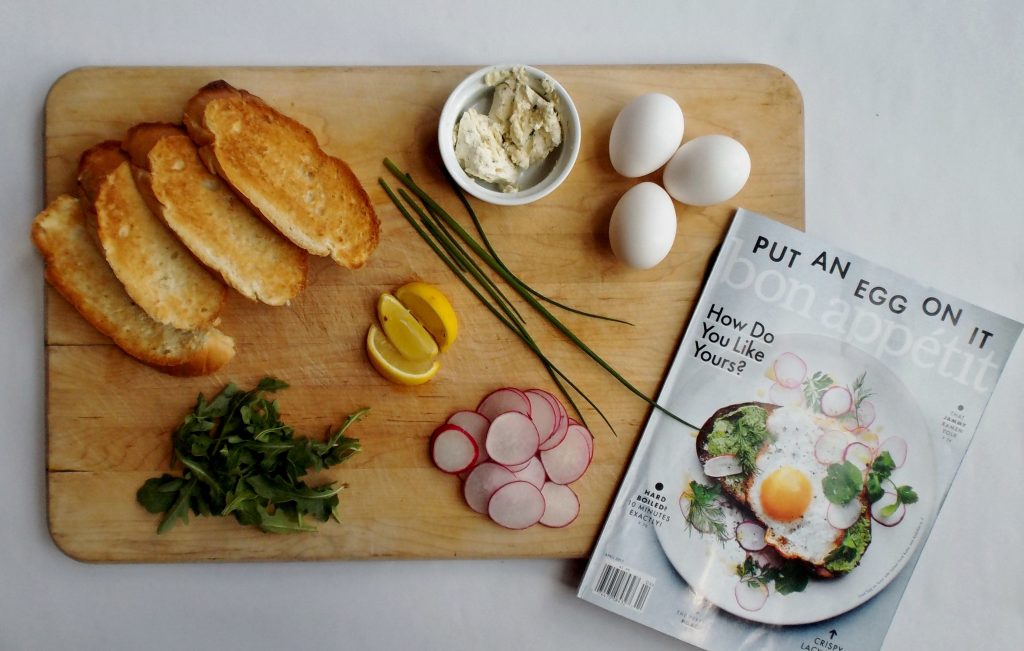 The ingredients for Cook the Cover

I was hesitant to even use the radishes, because I have never eaten radishes on anything but a salad.  Who puts them on eggs?  Definitely not people like me who put salsa and sriracha on their eggs. But then I thought about how the radish’s peppery flavor would pair perfectly with the eggs.  Squeeze on a little fresh lemon juice and give them a sprinkle of kosher salt, and the radishes were the best part!

This recipe called for frying the egg in olive oil.  A lot of olive oil.  The bottom of the pan was supposed to be covered with oil.  I don’t think using that much oil made a big difference in the flavor of the fried egg, but all that oil popping sure made it a little dangerous.  Worse than bacon!  My egg didn’t fry up anywhere near as pretty as Bon Appetit’s egg, and it shouldn’t have because I’m sure Bon Appetit is paying some people pretty good money to fry a pretty egg.

The recipe was flexible with which herbs to put into the butter, so you can use your favorites.  I also put my own spin on the meal by topping the dish with some arugula.  Now I was really cookin’! 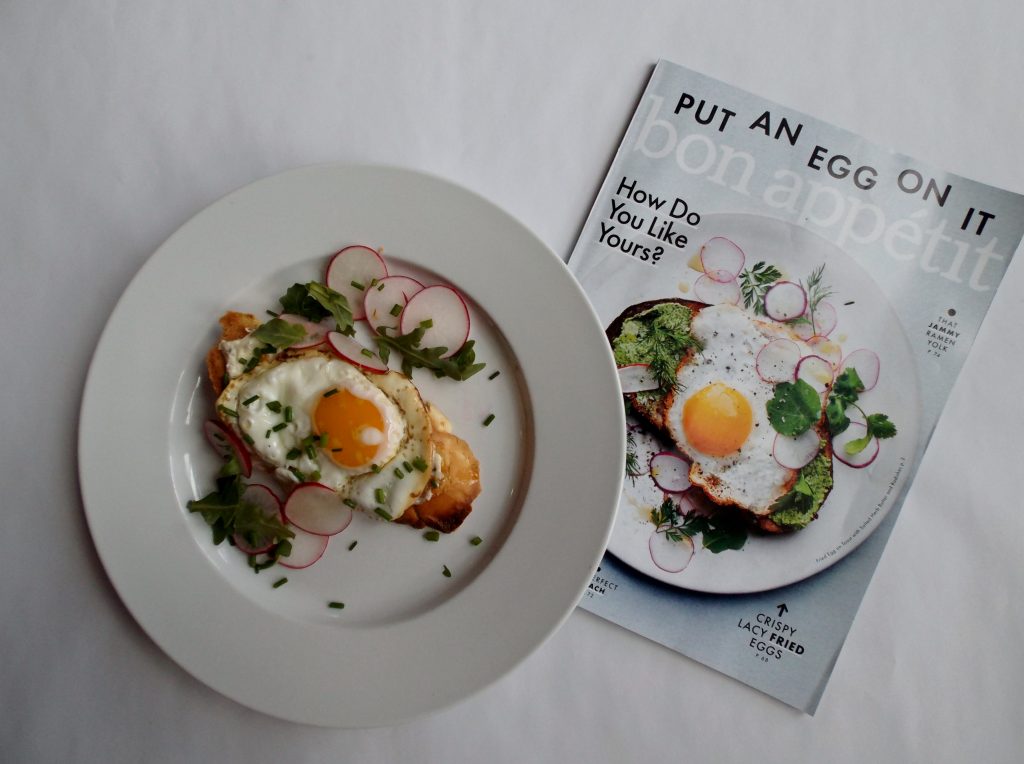 They look the same right!

The rustic presentation made this simple dish taste even better.  We really do eat with our eyes first!

This cook the cover challenge is fun in so many ways.  First there is the element of surprise, because you don’t know what you are going to be making.  Then, you have to read the recipe and take on the challenge of a possible new cooking technique or maybe you get to try a new ingredient or two.  Finally, you get the satisfaction of the final meal and knowing that yes, you are a pretty darn good cook!

So, what did the kids think?  They liked it and thought it was pretty cool that their plate looked like the magazine cover.  It helped that the meal was fairly kid friendly.  I’m sure we will run into a more “interesting” (weird to us) cook the cover in the future, and that is part of the fun!

For next month’s cook the cover, I’m going to cook whatever is on the cover of the June issue of Rachael Ray Every Day.  I challenge you to do the same. This meal is bound to be full of flavor and perfect for summer.  I can’t wait!